Albertus (A. Nuijten. The Netherlands, 1967) is a Dutch guitarist, classically trained in the Rotterdam and Tilburg Conservatories, who covers and mastered a very wide musical range. From Piazzolla, Bach, Gaspar Sanz, Villa-Lobos, Francisco Tárrega and the list goes on… to punchy rock songs, a crying blues or his surprising own songs, you name it, he can charm you with his execution.

Albertus has created his own style combining his training, his many journeys, having played very different musical styles and formations with the most important ingredient: hours and hours of dedication. Another key could be the fact that it represents the third generation of guitarists, starting with the master Andres Segovia and his disciple Baltazar Benitez who then and together with others of the caliber of Marcel LaHaye and Hans van Gogh have mentored Albertus.

But let’s allow Albert to tell you…

With his own words

“I started performing young, at family and school parties, singing with my father’s band. Being a Solo Soprano in the Choir (The Dutch Nightingales) was also a big part of my life, it took me all over the world and made me fall in love with Music as a young kid (there was no salvation for me -laughs-). 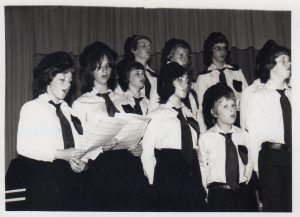 When I started playing guitar (at age of 14) I found some independence in being able to play alone and started playing everywhere, from school bands, to small bars, parties, busking on the street, in fact everywhere I could. Opportunities seemed to find me. 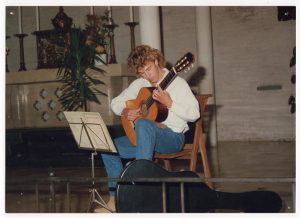 While in the Conservatoire I continued playing in several classical guitar concerts in small theatres, churches, exhibitions and started writing my own songs. After completing the Conservatoire I formed a rock band in Amsterdam and went back to ‘the dark side’. For ten years my band TULL played in the Amsterdam music scene and all over Holland, with a short tour in Spain.

A four month trip to South America (Mexico, Guatemala and Belize) in 2006 provided a diversion and an opportunity to expand musical horizons. It allowed me to combine my favorite things: Music, traveling, nature and discovering cultures. In 2007 I left my Amsterdam base and continued my travels through Europe and North Africa, playing and singing at every chance in restaurants, theaters and festivals. After living in Tarragona, I’m now based in Granada and working regularly along Andalucia, with gigs and concerts in Munich, Amsterdam, Barcelona, Clermont Ferrand, Oviedo, Málaga… and always open to new experiences and places.”

After somehow have left aside the classical area once out of the Conservatoire Albertus is now for the last couple of years, working intensively on it with renovated joy. Combining what he has learn from the other musical styles, the traveling, the experience facing and interacting with the audience and his own unique style a serie of great concerts has emerged, such as the concert Teatro Las Lagunas (Málaga, 2014), Palacete de la Najarra (Granada, 2015), Casino de Llanes (Asturias, 2016), Palacio del Marqués del Albaicín (Cantabria, 2016), Theatre De Schuur (Holanda, 2016), Teatro El Entrego (Oviedo, 2016) or the great Auditorio Príncipe Felipe (Oviedo, 2017).